The nation’s 92 million tech-savvy millennials are fueling a Fourth Industrial Revolution — what Paul Mampilly calls America 2.0 — by embracing new technologies as well as lifestyle and consumer trends that are remaking the economy and the world today.

They spend billions of dollars on internet-based industries and new tech-based consumer products in key industries that are the main engines of the U.S. and global economy — housing, retail, health care, entertainment, media, transportation and more.

Collectively, millennials represent the largest generation in history and are just hitting their prime spending years — building careers, getting married, starting families, having children, settling down and buying homes and cars.


Who Are the Millennials?

In general, the millennial generation refers to anyone born between 1981 and 1996, according to the Pew Research Center and other authoritative sources.

The nation’s 92 million millennials represent the biggest generation in history — exceeding the number of people in every other living generation, including the silent generation, the baby boomers, Gen X and Gen Y.

Millennials are the first generation to grow up with smartphones, the internet and personal technology as central organizing forces in their lives. They were between the ages of 5 and 20 when the 9/11 terrorist attacks shocked the nation, and they grew up in the shadow of wars in Iraq and Afghanistan.

Most were in their teens and 20s during the recession and financial crisis of 2007 and the 2008 election — becoming a driving force for political and economic change, with the youth vote helping elect the nation’s first black president, Barack Obama. They represent the most racially and ethnically diverse adult generation in U.S. history.

Most millennials came of age, went to college and entered the workforce during the height of an economic recession. As a result, their lifestyle choices, career paths, future earnings and entrance to adulthood have been shaped by this recession in a way that may not be the case for their younger counterparts. The long-term effects of this slow start will be a factor in American society for decades.

But those changes are just the beginning.

The oldest of the millennials are just entering their prime spending years — getting married, starting families, buying homes, cars and related accessories — so their spending habits will continue to shake up many industries in the decades ahead.


How Are Millennials Driving America 2.0?

On average, millennials’ wages are rising and are already higher than prior generations for their age group.

In addition, millennials stand to gain a whopping $40 trillion in inheritances — by some estimates — from their baby boomer parents and grandparents in coming decades. That will add up to the biggest economic infusion in American history, economists say.

Millennials, who represent 28% of the U.S. population, spend $1.3 trillion on consumer goods each year. That figure is projected to rise as their yearly incomes increase to $8.3 trillion by 2025.

Just imagine what that means for how millennials will drive buying trends, tech developments and more over the next several years — and how that will create great investment opportunities.

Already, the billions of dollars millennials spend each year are reshaping businesses and remaking a host of industries that have moved from brick-and-mortar operations to online enterprises.

It all up to what Mampilly describes as a Fourth Industrial Revolution that will remake the world we live in and the U.S. manufacturing sector — for the better.


What Are Some Examples of How Millennials Are Changing the Way We Live, Work and Play?

Millennials are already changing American life, lifestyles, the entertainment industry and many workplaces in significant ways: 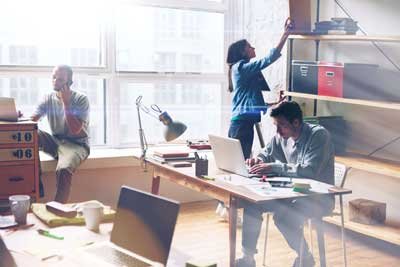 What Are the Global Market Projections for Millennial Markets?

Because of the wide-ranging impact of millennials on a range of industries, it is difficult to assess the total global market impact of the biggest generation in history.

The total market for products, goods and services that cater to millennials now reaches into the tens of trillions of dollars, and economists expect it will continue to rise as the generation continues to consolidate and build wealth as it moves through middle age and beyond.

If you look beyond the U.S., the sheer numbers are even more astonishing: Millennials account for nearly 1 of every 3 people on the planet. That’s roughly 2 billion people!

As a group, millennials earn the highest wages of any generation in the past half-century. A recent Pew Research Center report found households headed by millennials have a median income of $69,000 — more than young Americans at any time in the past 50 years.

What all this means is we are standing on the brink of a new era — for our economy and our lives and livelihoods — that is being propelled by the consumer habits and interests of the nation’s 92 millennials.

It’s all part of America 2.0 and the Fourth Industrial Revolution.

If you’re interested in more information on the most significant ways millennials are propelling America 2.0 and having a global impact — and the best ways to tap into this massive mega trend from an investment standpoint — click here.

The page you requested could not be found. Try refining your search, or use the navigation above to locate the post.