3D printing is a new technology that builds three-dimensional objects from computer-aided designs, often in a layer-by-layer process.

For many industries, it is vastly superior to conventional manufacturing techniques — casting, machining or forging — where materials are poured into molds, cut to shape with lathes and other machines, or formed through presses, die-cast machines or hammers.

The latest 3D-printing technology is cheaper and more efficient for many manufacturers to use than traditional industrial processes, which is why this mega tech trend has taken off. Paul Mampilly has hailed 3D printing as perhaps the most exciting and promising technology to emerge in the digital era.

It has also become a hugely profitable investment for individuals who were early adopters, buying into companies who have embraced and advanced the technology.


What is 3D Printing?

The term “3D printing” actually refers to a variety of processes, and includes anything that uses computer software to design a real-world product that is then printed using plastic, metal, biological tissues or other materials.

Researchers have experimented with 3D printing since the 1970s, but it wasn’t until a Colorado physical engineer named Chuck Hull refined and patented his process that really took off.

Hull, widely hailed as the father of 3D printing, created the first prototype three-dimensional printer in 1983 when he was working for a small table-coating business that used ultraviolet (UV) lamps.

He used the UV tech to quickly turn computer designs into working prototypes, leading to an early form of 3D-printing technology he called “stereolithography.”

In the 1980s and 90s, 3D printing was primarily used to create early versions of demo printers designed merely to show what they might be able to do. 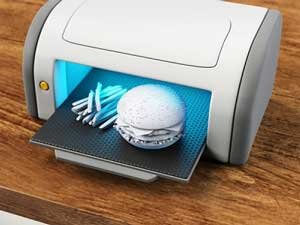 Then, about a decade ago, 3D printing started making major headlines.

That media hype led to a renewed interest in the tech as a new breed of 3D printers promised to move beyond prototypes to the next stage for a range of industries.

But like many new technologies, 3D printing was overhyped at the time. In 2009, for instance, when the first home 3D printer came out, news articles trumpeted the idea of a “factory in every home.” 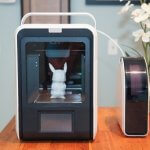 But those early machines were little more than novelties that printed plastic toys and other items that were more educational than functional.

As a result, the first iterations of 3D printing earned the tech a disappointing reputation and lowered expectations early on.

But soon, the sector’s most innovative companies invested in research and development, which expanded 3D printing’s efficiency, reach and value.

And by 2017, the industry’s revenues rose again — growing by at least 10% a year. 3D printing’s latest practical uses are more amazing than anyone imagined a decade ago.

The new breed of 3D-printing tech is poised to disrupt virtually every major industry that makes up America’s $2.2 trillion manufacturing base.

Today, 3D printing is poised for a breakout, and that 10% annual growth will look like peanuts compared to the next few years.

There are four key drivers of 3D printing’s rebound — which Mampilly predicts will take the tech beyond its overhyped beginnings to true stardom.

3D printing is one of the key technologies transforming U.S. manufacturing. America is once again becoming a nation that makes things, bringing back manufacturing from overseas. Through America 2.0, we’ll see 3D-printed products become better quality and cheaper for consumers and manufacturers.


What Are Some Examples of 3D-Printed Products?

Chances are that you’ve used 3D-printed products or items produced using the tech, but you just might not know it. Those sneakers you wore to the gym, the braces your kids’ or grandkids’ wear, your dental implants, the car you drive, to the plane you took on your last vacation and even the food you eat could have been 3D printed! Here are just a few groundbreaking 3D-printing applications already in use today: 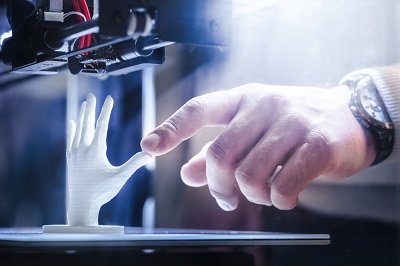 3D printing taking off is incredible news for both manufacturers and consumers because of the life-changing innovations it will bring.

But it’s also great news for savvy investors who get in on the trend now — before Wall Street catches on to this superstar sector in the making.

And that’s just a sampling of the products 3D printers produce that will help drive America 2.0 as the technology fuels the Fourth Industrial Revolution. 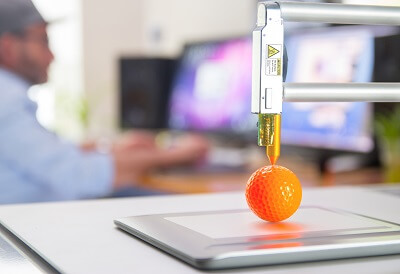 Which Companies Are at the Center of 3D Printing and Why?

Other 3D-printing leaders include:


What Are the Global Market Projections for 3D-Printing Technology?

And these figures don’t even reflect how 3D printing has been propelled by the coronavirus pandemic. American automakers and other industry leaders have upgraded their factories with new lines of 3D printers to produce ventilators and other medical equipment needed to combat the crisis.

So, there is reason to believe 3D printing’s fortunes will only grow exponentially in the years ahead, far surpassing the conservative estimates of the technology’s growth as it moves into the mainstream. That’s why it’s a key driver of America 2.0 and the Fourth Industrial Revolution.

Want to know more about America 2.0 and the mega trends driving it? click here.