The Internet of Things (IoT) refers to the interconnection of computing devices embedded in everyday objects through the internet, enabling them to send and receive data.

In other words, the IoT is the technology that links all of the innovations that make up the world we live in, and will revolutionize the future.


What Is the Internet of Things?

At its core, the Internet of Things’ biggest driver is the internet itself. But it’s the way that the internet connects nearly every aspect of the modern world — through computers, smartphones, tablets and other devices — that makes the IoT a powerhouse mega trend for any investor. 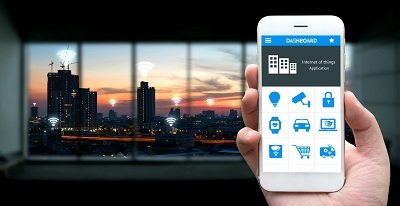 We now live in a society that’s working toward technology that takes care of any and all of our day-to-day needs. This includes driving, locking our homes, home security and even just turning on your lights.

The IoT is revolutionizing the way the world works every day, and keeping this mega trend in mind when investing can lead to a well-versed portfolio that’s ready for the 21st century and beyond.

The IoT is also moving beyond streaming and information services — in part because examples such as the ones below give flesh-and-blood details to our mega trends, including:

Essentially, without the IoT, Paul Mampilly’s vision for the Fourth Industrial Revolution — what he calls America 2.0 — would not be possible. America 2.0 is remaking the way we live, work and play, and it’s transforming countless industries in the U.S. and around the world.


What’s Driving the Internet of Things?

The Internet of Things is driven by many factors across all of the mega trends that make up America 2.0. A few examples include:

All these examples and more have a firm grasp on the direction that the IoT is headed — full speed ahead. With an eye toward the future, it’s easy to see why Mampilly believes that the Internet of Things could soon be known as the “Internet of Everything”.


What Is the Industrial Internet of Things?

This subcategory of the IoT covers the mega trend as it relates to manufacturing, construction and other major industries that are now becoming more efficient thanks to their connection to technology.

And there are tech developments happening all around the world with semiconductor companies that facilitate the widespread adoption of the IoT in manufacturing plants and facilities.

So far, there are small scale projects at companies such as NVIDIA, Advanced Micro Devices and STMicroelectronics making progress toward the industrial IoT.

For many industries, it is vastly superior to conventional manufacturing techniques — casting, machining or forging — where materials are poured into molds, cut to shape with lathes and other machines, or formed through presses, die-cast machines or hammers.

As a result, factory floors once filled with clunky heavy machinery — such as lathes used to shape metal, wood and other materials — are switching to lightweight and less-expensive 3D printers instead.


Which Companies Are at the Center of Fintech?


What Are the Internet of Things’ Global Market Projections?

According to Statista, the global market for the Internet of Things was expected to grow to $212 billion by the end of 2019. The IoT reached $100 billion in market revenue for the first time in 2017, and forecasts suggest that this figure will grow to around $1.6 trillion by 2025. 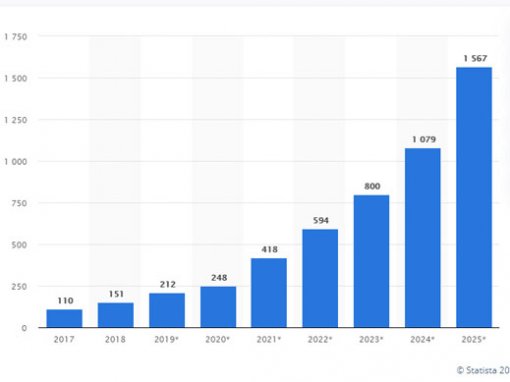 This massive IoT growth is perhaps the best example of America 2.0 in action. IoT is becoming a game changer for many industries, consumer goods and services. And the huge market growth we’ll see in coming years is only a hint of things to come.

To learn more about how IoT and other mega trends fueling America 2.0 will transform modern life, and where the best investment opportunities lie, click here.

The page you requested could not be found. Try refining your search, or use the navigation above to locate the post.