Imagine putting on a headset, and suddenly you find yourself in a world you envisioned and created from the ground up.

Everything from the grass to the sky. It even boasts its own economy, where you and others from around the world can earn and spend virtual money.

You can access them all in seconds through your smartphone, tablet, gaming device or virtual headset. You can create an avatar to look like you, build virtual homes, furniture, cars and even pets.

Then you can interact with others that “live” in this alternative digital realm. All within a three-dimensional (3D) world that looks and feels real.

This is the metaverse. 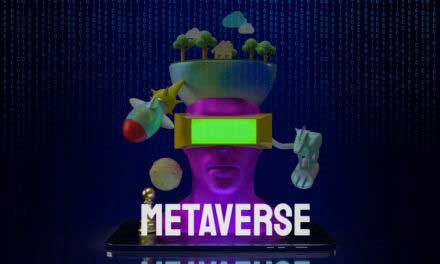 "Meta" means transcendent or beyond, and "universe" is all space and everything in it.

The metaverse is a virtual-reality world where users can interact with each other in a 3D computer-generated environment.

And the possibilities of the metaverse are limitless...

What Is the Metaverse?

Essentially, the metaverse is an extension of modern social networking into a virtual environment and has extraordinary potential to be an incredible America 2.0 investment.

Online gaming platforms such as Roblox, Fortnite and Minecraft are enabling the creation of these shared VR spaces. Over time, these shared spaces can expand to cover more than just video games and other social content.

The metaverse has the potential to include live events such as concerts or movie screenings or become a platform for remote education and meetings.

What sets the metaverse apart from, say, the Internet as we know it, is that the metaverse is being developed independently of government oversight by Big Tech companies with commercial intentions at its core.

Over the next few decades, the metaverse will emerge as a leader in video gaming and social networking and will inevitably take on many more forms along the way, much like the Internet has since its inception.

Think of it like this — the world is rapidly becoming more connected than ever before.

At this rate, a majority of people having access to the metaverse is less than a generation away!

But access to the Internet is truly the key to the metaverse’s success.

The metaverse is an always-on digital space where people can come together to build and strengthen relationships. It’s a digital version of life as we know it, but existing on the back of the Internet.

For these reasons, the metaverse is one of the core mega trends of Paul Mampilly’s vision for the Fourth Industrial Revolution — what he calls America 2.0.

America 2.0 is remaking the way we live, work and play, and it’s transforming countless industries in the U.S. and around the world.

The metaverse is driven by many factors across all of the mega trends that make up America 2.0. A few examples include:

All these examples and more are driving the metaverse toward the future of America 2.0 and beyond. It’s easy to see why Mampilly believes that the metaverse is arguably the next iteration of the Internet — and it’s happening now!

Which Companies Are Embracing Metaverse Technology?

What Are the Metaverse’s Global Market Projections?

According to Bloomberg, the global metaverse market revenue is currently valued at $479 billion. It’s on track to rocket up to $783 billion by 2024. That’s a compound annual growth rate of 13.1%. 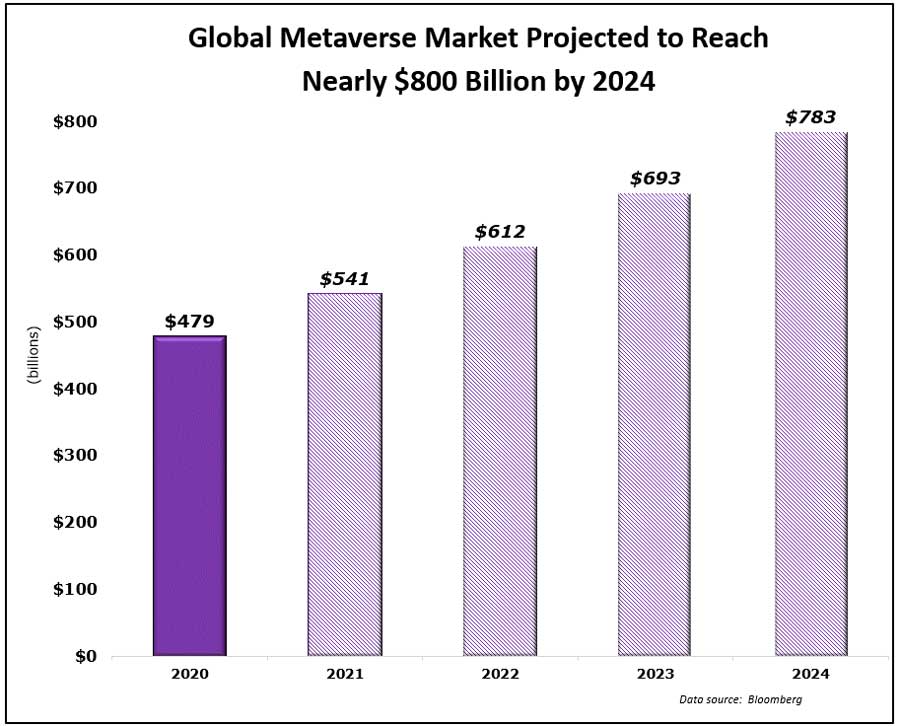 Plus, per Bloomberg data, the total metaverse market size could reach 2.7 times that of just gaming software, services and advertising revenue. Impressive!

This massive growth is perhaps the best example of America 2.0 in action. The metaverse is becoming a game-changer for technology as we know it. And this incredible market growth we’ll see over the coming years is just a glimpse of the metaverse’s bright future.

To learn more about how the metaverse and other mega trends fueling America 2.0 will transform modern life and where the best investment opportunities lie, click here.