New energy, sometimes referred to as renewable, clean or endless energy, is any power source that comes from renewable resources, which are naturally replenished indefinitely. This includes sun, wind, water and geothermal heat.

By contrast, fossil fuel sources — such as gas, oil, coal and natural gas — and nuclear power are finite and limited in supply. Fossil fuels are also far more environmentally damaging and contribute more greenhouse gases to the atmosphere than new energy sources.


What Is Renewable Energy?

Fossil and nuclear power are the dominant power sources worldwide today. But that balance is changing as new energy sources — primarily solar, wind and hydropower — catch up and technology advances drive down the costs.

By 2050, new energy is projected to overtake fossil fuels as the primary source of electricity worldwide.

Market research projects the share of renewable energy will increase from 25% in 2017 to 85% over the next 30 years, mostly through growth in solar and wind power.

Paul Mampilly has identified the new energy revolution as one of the key mega trends fueling a Fourth Industrial Revolution — what he calls America 2.0. 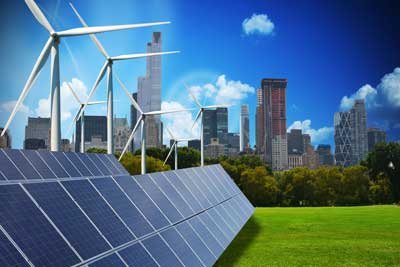 Right now, the energy market is evolving as new technology expands the reach of renewables — including huge advances in battery-storage tech — which is driving down the costs for solar, wind and hydropower.

As the focus shifts to these cleaner, safer and more efficient alternatives, they will become the primary power sources for vehicles, homes, businesses and public utilities.

One of the key factors driving the transformation from old energy to new is next-level battery technology.

All those new power sources require batteries to store energy for later use when the sun doesn’t shine, the wind doesn’t blow or water flow slows or is interrupted. 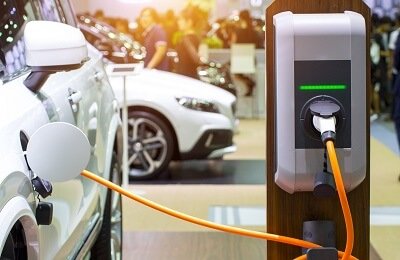 The new battery-powered energy revolution is on track to disrupt three huge existing energy industries — fossil fuel-based enterprises, utilities and transportation. These three industries have a stock market capitalization in excess of $7 trillion.

Consumer demand for renewable and sustainable forms of energy is rising, fueling tech developments that will reshape the nation’s power grid over the next three decades. This trend is not only good for the environment — curbing pollution and carbon emissions — but it also reduces energy costs and consumer expenses.


What Are Some Examples of Renewable Energy?

Renewable energy is transforming how we power everything, from cars and homes to public buildings and commercial facilities.

For example, electric vehicles (EVs) are increasingly sharing the road with traditional gas-powered cars. One reason: costs. Historically, EVs cost more than combustion-engine cars and trucks, but those prices are falling along with tech advances that have brought down the cost of manufacturing them.

Also, cost-comparison studies show EV operating costs are substantially lower over a vehicle’s lifetime than for conventional cars. And a new Bloomberg study says EVs could be cheaper than combustion-engine cars by 2022.

Plus, the federal government and a number of state governments offer tax credits and other incentives to EV buyers that can lower the upfront cost.

For all these reasons, there’s an uptick in EVs on the road, in addition to the growth in home- and business-based new energy systems.

In addition, solar-powered residential and commercial programs in sun-drenched states such as California and Florida are growing, with homes and businesses turning to the sun for energy.

High-tech household energy systems are being developed that pair photovoltaic (PV) solar panels with long-term battery storage units. Over the next five years, more homeowners and businesses will add these next-gen HVAC systems to run everything from lights to appliances to electronics.

These are far more efficient and less expensive than gas, coal and oil in the long run. In fact, my research shows that businesses and households will invest $1.9 trillion in PV/battery systems over the next 30 years.

Consumer demand for these new renewable energy sources is helping fuel these trends in residential, transportation and utility power generation. And the total market capitalization of those three industries is in excess of $7 trillion.

Of course, none of these advances will be possible without new battery technologies to store all of that new energy over the next three decades.

In the past decade or so, we’ve already seen remarkable new technologies that have expanded battery storage capacity and driven down costs for production and use. 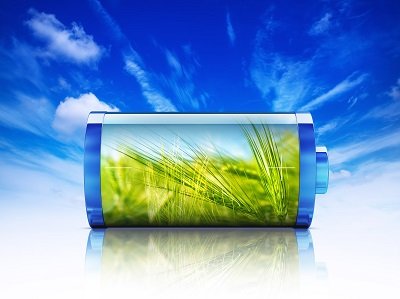 And between now and 2030, battery costs will fall another 64%, as additional advances in battery tech will make energy storage even cheaper and more efficient for wind, solar and other sources.

The upshot: More homeowners and businesses will add PV and battery-storage systems, recognizing they may cost more upfront to install than conventional energy systems but pay off over time.

Studies show businesses and households will invest $1.9 trillion in PV-plus-battery systems over the next 30 years.

So, the new energy revolution will rival — and surpass — all of the industrial revolutions of the past combined.


Which Companies Are at the Center of the Renewable Energy Revolution?

The global new energy market is currently valued at $250 billion — a small segment of the $7 trillion global energy markets, which are largely fueled by oil, gas, coal and nuclear.

But the market research projects it will explode into a $51 trillion industry in the next few years, growing 12 times bigger than all old-world fuels combined.

Market research shows $13.3 trillion will be invested in new power generation in the United States alone over the next three decades.

Of this, 77% will go to renewables — wind ($5.3 trillion) and solar ($4.2 trillion). By comparison, investments in new fossil fuel plants won’t exceed $2 trillion. By 2050, most coal and nuclear plants will disappear, pushed out by age and economics.

On a global level, fossil fuels will also give way to new renewable energies. For instance, carbon-based fuels accounted for two-thirds of the world’s energy supplies in 2018, according to market research. But by 2050, that will be down to one-third, while half will come from solar and wind and the remainder from hydro and other renewable energy sources.


These are all signs that renewable energy — a key pillar of America 2.0 — is already transforming the global energy grid and moving us to a more sustainable, clean-power infrastructure.

It may be the best example of how the mega tech trends of the future are changing life for the better, and letting savvy America 2.0 investors are reaping the benefits. If you’d like to know more about how you can join them by understanding the changes ahead, click here.

Next Step in New Energy Revolution

Editor’s Note: America 2.0’s new energy revolution was at the top of our watchlist this year. And there’s no doubt why. A new energy innovation is going to revolutionize the way our world runs. But the potential is even bigger for investors. Because one tiny device...

Momentum is building behind alternative energies: Solar. Electric Vehicles (EVs). Battery storage. All these innovations and more tell the world that we’re moving toward an America 2.0 new energy future. I’ve been using EVs since 2017 and just got a Tesla Powerwall...