How the Fed’s Move Will Affect Your Stocks

Home » U.S. Economy » How the Fed’s Move Will Affect Your Stocks

How the Fed’s Move Will Affect Your Stocks

The market started the day down more than 10%.

But I believe the Federal Reserve is doing everything right, using its phenomenal firepower by cutting interest rates and pumping cash into the market. I explain why in today’s Market Talk.

I know it’s hard to look toward tomorrow when you see all this volatility. But I believe that now, more than ever before, it’s important to hold Strong Hands.

The underpinnings of our economy are UNCHANGED and strong.

And I believe that your stocks will see massive gains and reach new highs after interest rate cuts, as the market reaches its bottom and starts to bounce back.

Check out this week’s Market Talk and find out:

On Sunday night the U.S. Federal Reserve cut interest rates to 0% from 0.25%, boosted asset purchases and injected a number of actions, all geared to support the financial markets and avert a long-term economic downturn from the effects of COVID-19.

As Bloomberg says, it’s a combination of 150 basis points rate cut in the past two weeks, the promise of an extra $700 billion in asset purchases and a $1 trillion liquidity injection by the Fed earlier this week is all aimed to have an immediate objective of preventing a breakdown in the financial markets and a longer-term objective of preparing the economy for the fastest possible post-outbreak recovery. [1]

So the U.S. Federal Reserve is not alone in the policy rate cuts in 2020.

Bloomberg Economics doesn’t think the Fed is out of ammunition after recent moves with the rates near 0%. They say expanding asset purchases is an option and works through more channels than just lowering borrowing costs.

In all, the Federal Reserve is looking ahead and preparing the U.S. economy for the fastest post-outbreak recovery possible.

As HousingWire and the Chief Economist for the Mortgage Bankers Association points out, These actions will lower mortgage rates, helping homeowners save money through refinancing and thereby providing a boost to the broader economy. [2]

Meanwhile, as I posted on Twitter on Friday U.S. company insiders are on a buying spree.

Wow. Company insiders are on a buying spree. Corp. execs are scooping up their company’s shares left and right at a “breakneck pace” past 2-wks. Insider buying just hit a 9-yr high. “When insiders are buying, they think their companies are well undervalued.” – Bloomberg pic.twitter.com/sURBMl0nKN

Corporate executives are scooping up their company shares at a breakneck pace the past two weeks. Insider buying just hit a nine-year high.

When insiders are buying, they think their companies are well undervalued.

In all, past buying sprees show that executives do start buying a bit early as they aim to find a bottom, but the last time insider buying spiked in this fashion in July 2011, the S&P was in the middle of a 19% retreat before staging a 10% rally in the next two quarters.

Where upcoming economic releases are concerned, there will be five major releases this week.

On Wednesday, February’s housing starts will post at 8:30 am.

A quick note about the current pandemic the innovations we’re making to fight it. According to Medgadget, scientists have discovered a way to kill airborne viruses with cold plasma. 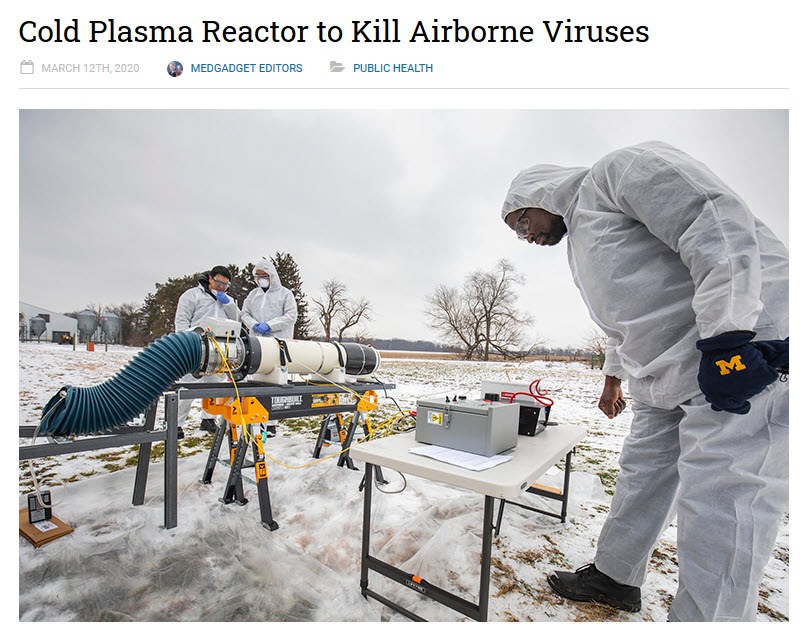 University of Michigan and University of Minnesota researchers have built and tested a cold plasma reactor that can effectively inactivate airborne viruses.

This invention could affect anything from subway cars, offices and hospital wards.

Now for our America 2.0 update, according to CoreLogic, the typical mortgage payment U.S. homebuyers committed to in 2019 has dropped from the prior year. 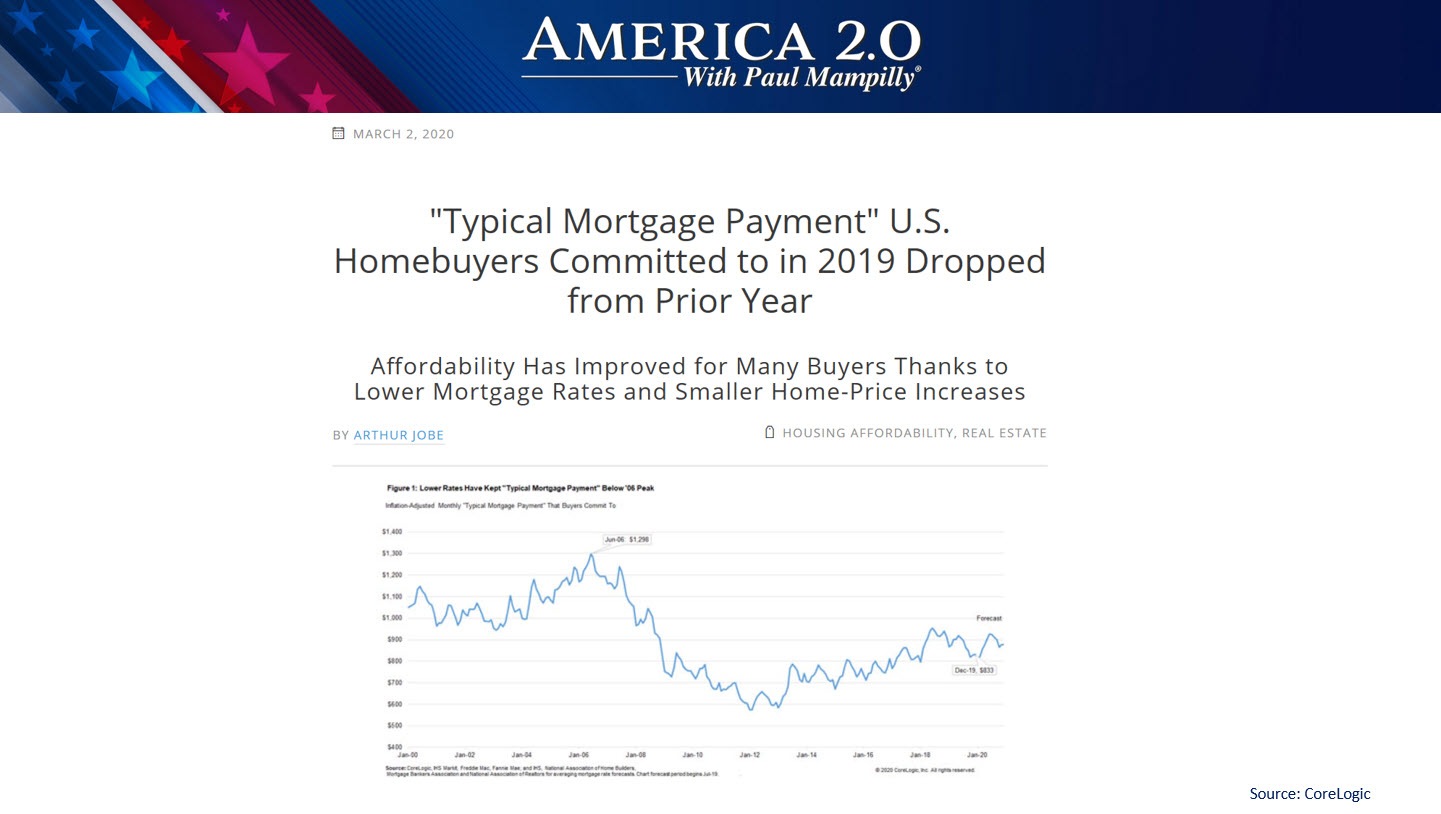 This means affordability has improved for many homebuyers thanks to lower mortgage rates and smaller home price increases.

Optimism About The Market 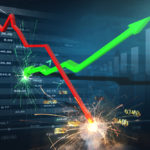 Last night the market opened up down about 11%, triggering a circuit breaker; a trading halt. For those of you who don’t know, after the 1987 market crash, circuit breakers were created to give people — investors and companies — a little bit of time to think about the sells they are making.

I know that a lot of people who are tuning in will say, “You told me to buy three weeks ago and prices are lower.”

I understand. I get it.

South Korea, a country that did everything right, has seen minimal impact.

Our response falls in between these two countries. We are not as bad a China, and not as good as South Korea.

The virus is ultimately a flu virus. Warm weather affects it. And summer is coming.

And we are seeing people and organizations come together to put the greater good ahead of individual interest.

Why am I talking about it?

It goes back to the strengths of our country.

If you look at our country, our economy and our markets, are we going to recover one month out, two months out, six months out, one year out?

You ask, “What is the relevance to the stock market? Why are people selling?”

They are selling out of the fear that the next one or two months there will be a sharp downturn in the economy and obviously there is going to be that.

People who sell are not going to get a piece of the earnings that are coming.

At the same time, if the country recovers in four, six or eight weeks, we will open back up.

Clearly some number of businesses will be permanently affected. I have deep sympathy for that.

We hope between banks or informal lending or the government, that many of these folks will find ways to make it through this period.

We can hope that somewhere in between the networks that we have that these businesses will survive.

However, in terms of the stock market, these are large companies that have, in many cases, billions of dollars at their disposal and access to large lines of credit.

The vast majority of these companies are going to survive.

For sure, some number of companies are going to face liquidity issues around refinancing their debt.

So if you happen to have debt that was coming due this month or next month and your business is not in great shape, you may be forced to pay a higher interest rate. 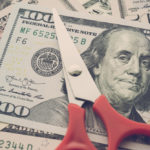 However, this is where the Fed’s rate cut and other actions come into play.

The Federal Reserve cut rates and initiated programs to buy the debt from the market.

The Fed also said Thursday, they will provide $1.5 trillion worth of liquidity to the bond markets and the cash markets.

The entire idea behind this is to stop the big money investors who are driving this selloff. It is not regular investors, it’s not Profits Unlimited subscribers driving this.

This is big money investors looking at their portfolios and saying, “My clients are going to be pissed off and angry that the portfolio is down and I want to raise cash.”

So the Federal Reserve by lowering interest rates and providing liquidity is saying, “If you want cash, here’s a ton of it. Take as much as you would like.”

What that does is eliminate the scarcity of cash during periods of fear.

The Federal Reserve and the government are taking actions to really get at the heart of why prices keep going down.

People keep offering stock and in exchange they want cash.

They want cash because they want liquidity and stability.

The Federal Reserve has created the incentive for wanting less cash.

In addition, the government has also passed legislation on Thursday to help various businesses.

I believe that, given the impact this has had, which was unexpected given this is a flu virus that is going to affect a small number of people.

Around the world I believe it’s something like 6,000 who have died.

Just to go back, we did a study over the weekend. 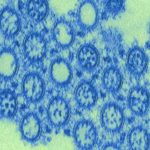 We went back and looked and post-2008 you can say a lot of people had cash already so this is why we never saw that panic because people already sold in 2008 and early 2009.

This is why I believe the Federal Reserve’s actions will come and stop the market declines.

I am aware the markets opened today down 11% and at this point it’s down about 10% or so.

However, my experience is that there is a definitive reaction to this much liquidity coming into the stock market.

The Federal Reserve has reversed the desire for cash by buying bonds up from the market. What that does is bids them up.

Now, there is very little reason to have cash because interest rates are back to zero.

No investors are shopping around for a return better than zero.

Other people will say they like some dividend stocks that have been haircut by 20% or 30%.

It has this effect of moving money from cash into what are considered risk markets.

Ultimately the underpinnings of our economy have not changed. We still have a millennial generation that’s 93 million strong still coming of age and still rising in wages.

Gen Z is right behind them.We still have incredible megatrends:

Coronavirus and this panic does not change the trajectory of this.

For sure, it interrupts some number of businesses for one, two or three months. However, we will pick it back up and start to go back to the business of what we were doing.

I can tell you on H1N1 it took over 14 months before the last case was seen.

I can tell you markets will anticipate the bottom of the economy and the markets for this period.

They will start to rise well ahead of the news.

Even as bad news continues to come out, you will actually see markets start to rise.

I believe we are in that bottoming out process.

Now the momentum will turn. Once the momentum turns, it will be unstoppable because the Federal Reserve has set the stage for it.

There is no incentive to be in cash.

There is no incentive to be in bonds because they are at very low yields.

I know this is painful, but I believe this is temporary.